Back to Learning
article 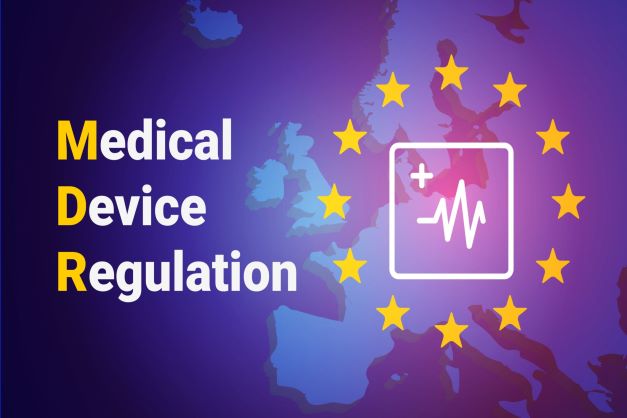 While the EU’s Medical Devices Regulation (MDR) has been in force since May 2017, there are still major implementation challenges to overcome.

Medical device manufacturers face an increasingly complex regulatory landscape, which can be extremely challenging to tackle at scale. The European Medical Device Regulation (MDR) is one such piece of legislation, and it concerns any manufacturer that sells medical devices on the EU market.

Regulation (EU) 2017/745, also known as the EU Medical Device Regulation, came into force in May 2017 to replace and significantly expand upon Directive 98/79/EC for in vitro medical devices, which was already nearly two decades old. After a four-year transitional period, the regulation will come into application on 26 May 2022.

Most significantly, the new regulation concerns a much broader range of medical devices than its predecessor. In addition to in vitro medical devices, it also includes medicines with integral devices like pre-filled syringes and inhalers, devices containing ancillary medical substances, and any devices that are made from substances that are absorbed by the body. On top of that are the borderline products, such as those involving medicinal products, cosmetics, and food supplements which, depending on application, may be subject to the regulatory framework.

MDR introduces a full lifecycle approach to the manufacture, sale, distribution, and retirement of medical devices. To achieve compliance, all medical devices will need to be re-assessed to ensure they comply with the latest applicable requirements, which also means it may take significantly longer to place new medical products on the market. Naturally, clinical and other data plays a vital role in the process, hence the need to maintain full auditability and tracking throughout the entire medical device lifecycle.

Here are some of the biggest challenges in implementing MDR compliance:

The backlog of certifications that must be submitted to the MDR before the transition deadline is growing rapidly. Currently, only 1,000 of the approximately 25,000 required certificates have been issued, and the backlog continues to increase. This has prompted industry groups to call for a two-year extension to the transition period. Even more worryingly, delays mean that EU patients risk losing out on the opportunities to benefit from vital medical technology innovation.

The compliance process broadly lacks the agility and scalability required to tackle the growing demand. To address the backlog in the certification of existing products, the designation period for notified bodies should be shortened, ongoing assessments streamlined, and incentives put in place for further applications. As far as medical device manufacturers are concerned, they must start preparing the necessary documentation and clinical data as soon as possible.

While the transitional period had already been extended by a year due to the pandemic, there are still serious issues with capacity and bandwidth. There are currently just 27 notified bodies, which are responsible for assessing the conformity of medical devices before they are placed on the market. This is not nearly enough to meet demand; hence manufacturers are raising serious concerns about the impending MDR applicability date.

The MDR transitional period will end on May 26, 2021, which is the date of application of the regulation. From this time, MDR will fully apply to all covered medical devices. Fortunately, to minimise market disruption and allow a smoother transition, some existing devices will be able to remain on the market until May 26, 2024. While that might seem like some time away, it is vital that manufacturers start preparing now so that their devices can remain on the market.

The regulatory landscape has become more complicated since the UK left the EU. The MDR no longer applies in England, Scotland, and Wales. Northern Island, however, is an exception, due to the trade agreements signed between the EU and the UK ahead of Brexit. At the same time, the UK is currently drafting the Medicines and Medical Devices Bill, which is intended to coexist with the MDR. However, it remains a tricky matter to address for UK-based medical manufacturers who to sell their products on the EU market, or even in Northern Island.

Accelerate Your Innovation with NyquistData